Montana Lawmakers to be Polled on Flavored Vaping Ban

Montana law dictates that a poll of the legislature is required when 20 or more legislators object.

The post Montana Lawmakers to be Polled on Flavored Vaping Ban appeared first on Vapor Voice.

Lawmakers in Montana legislature will be polled on a proposed ban of flavored vaping products. The decision comes after numerous Republican lawmakers opposed the rule advanced by the Montana Department of Health and Human Services.

Montana law dictates that a poll of the legislature is required when 20 or more legislators object to a proposed administrative rule, according to an article on flatheadbeacon.com. 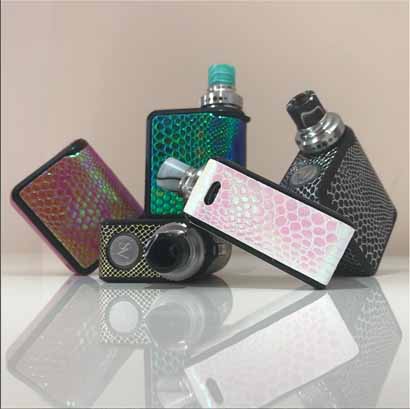 Thirteen Montana senators and seven representatives, all Republicans, signed letters last month opposing the rule, stating that the health department does not have the authority to implement such a ban. If passed, the rule would prohibit all sales, distribution and marketing of electronic smoking devices in Montana. The health department proposed the rule on June 16, citing increased use of flavored vaping products by Montana youth.

Numerous health officials spoke Wednesday in favor of the proposed ban during a special meeting of the legislative Children, Families, Health and Human Services Committee.

The committee, which has jurisdiction over the health department, determined that Montana’s 50 senators and 100 house members will be polled on whether the rule is “consistent with the intent of the legislature.”

Supporters of the ban cited a study conducted by Stanford researchers and released earlier this week, which linked vaping with a substantially increased risk of COVID-19 in youth. The research found that those who used vaping products were five to seven times more likely to be infected with the respiratory virus than those who did not use e-cigarettes.

Sen. Jason Ellsworth, R-Hamilton, was one of the 20 legislators who opposed the rule. He spoke during the committee meeting Wednesday, stating the health department was “circumventing the legislative process by trying to create law within rule.”

“We have three branches in our government,” Ellsworth said. “We do not have a fourth branch, we do not have a branch called the Department of Health and Human Services, or any other department that can create law.”

Polling ballots will be sent to Montana legislators by next week, and must be postmarked by Sept. 8. Poll results will be provided to the Montana secretary of state for publication.

The post Montana Lawmakers to be Polled on Flavored Vaping Ban appeared first on Vapor Voice.

TagsMontana Lawmakers to be Polled on Flavored Vaping Ban