The work, funded in part by the National MS Society, highlights immature myelin repair cells and their inflammatory/immune processes as new potential therapeutic targets for MS.

The study, “Oligodendrocyte precursor cells present antigen and are cytotoxic targets in inflammatory demyelination,” was published in the journal Nature Communications.

Nerve fibers are surrounded by a protective myelin sheath that allows electrical signals to be quickly transmitted throughout the body. Upon myelin damage in the brain, immature, stem-like cells called oligodendrocyte precursor cells (OPCs) travel to the lesion site, where they mature into oligodendrocytes — myelin-producing cells capable of restoring the myelin sheath.

In people with MS, the body’s own immune system mistakenly recognizes myelin as a foreign molecule and attacks it, causing inflammation and damage to brain nerve cells. In addition, the myelin repair process is impaired in people with MS.

Increasing research has focused on the development of therapeutic approaches to recruit OPCs to the sites of myelin damage. Getting OPCs to the site would promote myelin sheath repair, and halt or delay brain damage associated with MS.

However, researchers at Johns Hopkins School of Medicine and collaborators have now discovered that pro-inflammatory signals in those injury sites are preventing the OPCs’ maturation into myelin-producing cells — and instead turning them into immune-like cells propagating the attacks against myelin.

Using a mouse model of MS, researchers found that introducing T-cells — a type of immune cell involved in the recognition and fight against foreign molecules — that are prone to react against myelin reduced the numbers of OPCs and oligodendrocytes in the brain.

These effects were dependent on the T-cells’ production of IFN-gamma, a pro-inflammatory molecule associated with the development of MS.

Further studies explained the mechanisms behind the association between IFN-gamma, death of OPCs, and impaired myelin repair associated with MS.

Researchers found that IFN-gamma promoted an increase in the activity of several genes associated with specific immune functions in OPCs. This activity prevented them from developing into oligodendrocytes.

Importantly, IFN-gamma also stimulated OPCs to act like some immune cells that “ingest” other cells or molecules, and present them to T-cells to induce immune reactions against them — a process called antigen presentation.

In these conditions, OPCs activated a specific type of T-cell known as CD8+ cells, by presenting them myelin molecules, or antigens. This T-cell activation triggered further inflammatory and immune responses against myelin, but also led to T-cell-induced death of these OPCs.

When comparing brain tissue of people with and without MS after their death, the team found that OPCs at myelin-lesion sites in MS patients showed increased levels of PSMB8 — a subunit of a protein complex associated with immune functions and antigen presentation — compared with areas with no lesions, or to brain tissue of unaffected people.

This observation emphasized that OPCs in myelin lesions in MS patients may switch their fate from oligodendrocytes to antigen-presenting cells. That promotes further inflammation, myelin loss, and cell damage.

“We suggest that OPCs in an inflamed [central nervous system] may not only fail to facilitate remyelination, but could actually propagate chronic inflammation,” the researchers said.

The team hypothesized that, in a normal setting, OPCs may have the possibility to act as antigen-presenting cells to help promote immune responses against infections in the brain.

They noted that targeting molecules involved in OPCs’ “switch of fate,” such as PSMB8, may promote their maturation into myelin-producing oligodendrocytes. That could suppress OPC-mediated inflammation and OPCs’ death by CD8+ cells, restoring the processes of myelin repair.

“This study offers new insights into mechanisms that may underlie the inadequate myelin repair that occurs in MS, and opens up new possibilities for finding ways to reduce ongoing inflammation and restore myelin,” the National MS Society said in a press release.

Coronavirus Outbreak: Daily Updates
healthline.com
The outbreak, initially identified in China, is continuing to grow.The disease is called COVID-19. It’s caused by an infection with the new coronavirus, SARS-CoV-2, which is one of multiple coronaviruses that can be transmitted to humans.Other exampl...
Read More
01 July 2020

How Barbers Are Stepping Up for Black Men and Mental Health
healthline.com
Share on PinterestThe Confess Project, a nonprofit organization, is working to change conversations about mental health in communities of color by utilizing barbers to connect with Black men. Image via The Confess ProjectThe Confess Project is a nonp...
Read More
27 June 2020

Who Is Most At-Risk for Severe COVID-19?
Multiple Sclerosis - MedPage Today Neurology
The 24-hour news cycle is just as important to medicine as it is to politics, finance, or sports. At MedPage Today, new information is posted daily, but keeping up can be a challenge. As an aid for our readers and for a little amusement, here is a 10...
Read More
26 June 2020 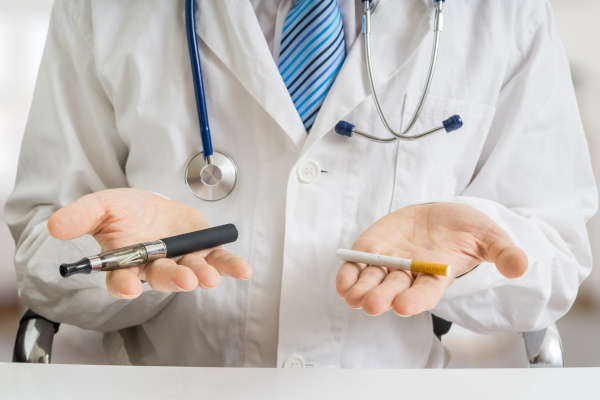