A seldom-studied class of immune cells may reduce the friendly fire that drives autoimmune disease, according to a new study by researchers at the Stanford University School of Medicine. Stimulating these protective cells could lead to new therapies for diseases in which the immune system attacks the body's own tissues, such as Multiple Sclerosis and celiac disease.

In the study, to be published Aug. 7 in Nature, researchers tracked immune cells in the blood of mice with a disease akin to Multiple Sclerosis. They discovered a rise in CD8 T cells, typically known for killing infected or cancerous cells. To their surprise, injecting mice with peptides recognized by these CD8 T cells reduced disease severity and killed disease-causing immune cells.

While the bulk of the study was done in mice, the researchers also showed that one of their central findings -- an increase in CD8 T cells derived from single cells -- held true in cells from people with Multiple Sclerosis.

The findings suggest that inflammatory and suppressive immune cells balance each other like children on a seesaw. Selectively activating suppressive CD8 T cells during autoimmune disease may help restore that balance, said Mark Davis, PhD, professor of microbiology and immunology and the study's senior author.

"We absolutely think that something like this is happening in human autoimmune diseases. It represents a mechanism that nobody's really appreciated. There's this whole subset of CD8 T cells that has a suppressive function," said Davis, who holds the Burt and Marion Avery Family Professorship and is also a Howard Hughes Medical Institute investigator. "If we could mobilize those cells to function more effectively in patients with autoimmunity, then we'd have a novel treatment for diseases like Multiple Sclerosis."

Attack of the T cell clones

In most cases, researchers don't know what molecules trigger autoimmune diseases, which affect 23.5 million Americans, according to the National Institutes of Health.

Multiple Sclerosis is no exception. But scientists can trigger a similar disease in mice by injecting them with a small chunk, or peptide, of a protein called myelin oligodendrocyte glycoprotein, or MOG. Mice with the disease, known as experimental autoimmune encephalomyelitis, develop paralysis just like patients with Multiple Sclerosis.

The researchers used this mouse model of the disease to investigate what different immune cells were doing during autoimmunity. They tracked the abundance of various classes of immune cells in mice injected with MOG.

They found that the number of T cells, which act like generals in directing the overall scale and strategy behind an immune response, rose and fell like waves. DNA sequencing showed that those waves were each made of groups of identical cells -- an important clue.

"When T cells encounter a pathogen, or antigen, single cells that recognize some part of the pathogen divide and produce many copies of themselves," said research associate Naresha Saligrama, PhD, the study's lead author. "This suggested that a specific population of cells were responding."

But what were these T cells responding to? Saligrama first tested the most obvious suspect: MOG. He exposed the cells to 350 peptides derived from MOG. But while MOG caused some T cells to proliferate, there was a group of CD8 T cells that didn't respond to any of the peptides.

So instead, the researchers cast a much wider net: They tested roughly 5 billion peptides. They used a molecular technique known as yeast display to generate an array of peptides attached to individual yeast cells.

The researchers found two peptides recognized by CD8 T cells involved in the disease. To understand the role of these peptides, they injected them into mice before, after or alongside MOG. Since CD8 T cells are mainly known for killing cancerous and infected cells, the scientists expected that activating these cells would worsen disease.

They were wrong. Activating the CD8 T cells by administering the two peptides consistently reduced or prevented disease in the mice. It was the exact opposite of what they'd expected.

The startling finding forced the researchers to unearth an idea first proposed in the 1970s: that some CD8 T cells are immunosuppressive. After a flurry of initial interest and promising papers, faith in suppressor CD8 T cells sunk once speculation outpaced the actual data.

"Suppressor CD8 T cells did for immunology what the Titanic did for the cruise industry," Davis said.

Davis and his colleagues found that these peptide-activated CD8 T cells killed disease-causing T cells by punching holes in their cell membrane when grown together in a dish. The CD8 T cells were also coated with surface proteins associated with immunosuppression -- yet another clue that these cells were in fact suppressor CD8 T cells.

To determine whether their mouse observations held up in humans, the researchers isolated CD8 T cells from the blood of people with Multiple Sclerosis and healthy donors. They found that people with the disease tended to have large populations of identical CD8 T cells -- just like in mice with the analogous disease. It's a sign that CD8 T cells in Multiple Sclerosis are homing in on something, and Davis' team is now working to determine what these cells are recognizing and if some of them are suppressive.

The researchers also plan to test if suppressor CD8 T cells are involved in other autoimmune diseases. Previous findings from the Davis lab suggest that a similar mechanism may be at work in celiac disease. These efforts have the potential to shed new light on how autoimmune diseases work and to uncover new therapeutic targets.

"Crowdsourcing T cells is a fundamentally different way to look at disease," Davis said. "This project shows not only the power of this approach but the power to discover new mechanisms." 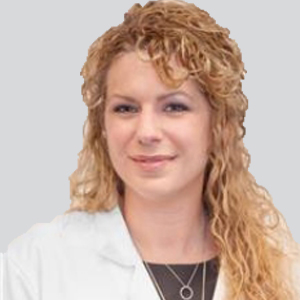