Several years ago, Stefan Weitz was diagnosed with an incurable autoimmune disease: Multiple Sclerosis. He faced the prospect of being confined to a wheelchair and early death—neither of which jived with running a global software team on four continents and raising a young daughter. He turned to probiotics to help keep his immune system in check, but sadly discovered that many were not nearly as effective as they claim. Furthermore, probiotics frequently spend too much time on store shelves, leading to the healthy bugs dying off. Finally, Weitz found that the majority of products were just too expensive for most consumers. He decided that he had to fix this problem, not only for himself but for everyone else. Hence Jetson was born. 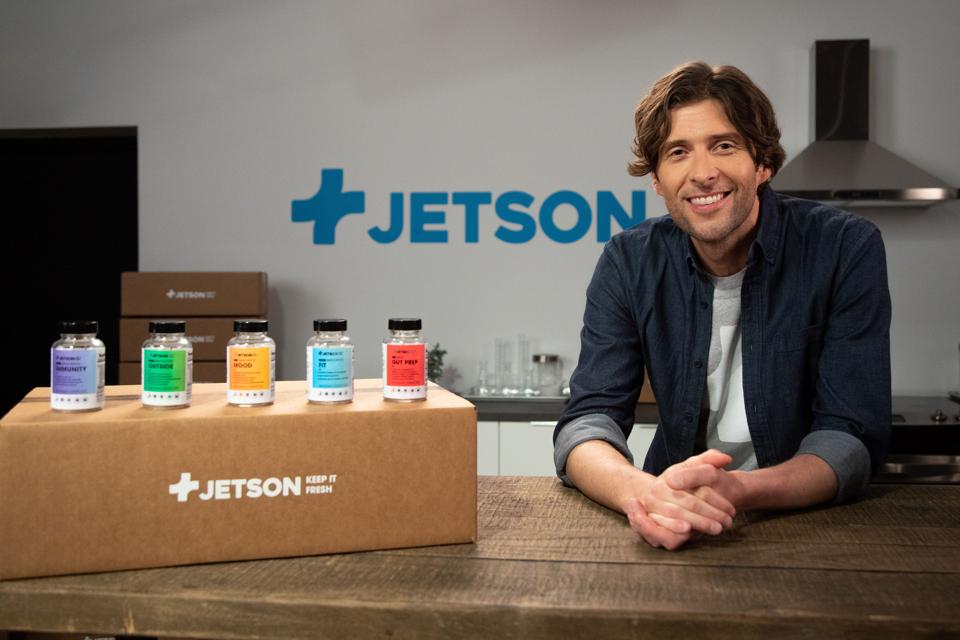 CEO Stefan Weitz founded Jetson after discovering both the healing power of probiotics and the ineffectiveness of many products on the market.

Jetson produces the world’s first small-batch, seasonal probiotic. It is also scientifically-backed and at $35 per month, more affordable than many other probiotics. Four formulas are offered to keep you healthy throughout autumn, winter, spring and summer. Weitz invested “tons” of his own money to enlist scientists and health experts around the world to synthesize hundreds of hours of research in order to create his company’s products. In addition to serving as the founder and CEO of Jetson, Weitz continues to act as the managing director of ’87, a leading investment fund and incubator for next-generation direct-to-consumer companies including Black Rifle Coffee Company and Fancy Sprinkles.

“Part of what I discovered through my own journey was the amount of evidence pointing to how your gut affects your overall health,” Weitz says. “The number of conditions that a healthy gut can treat are astounding. Science has shown that organisms living in your GI tract can help heal everything from heart disease to diabetes, eczema to depression. It’s mind blowing. I simply had to help other people gain access to a quality product at an affordable price.” His goal with Jetson is to help make 50 million Americans healthier. 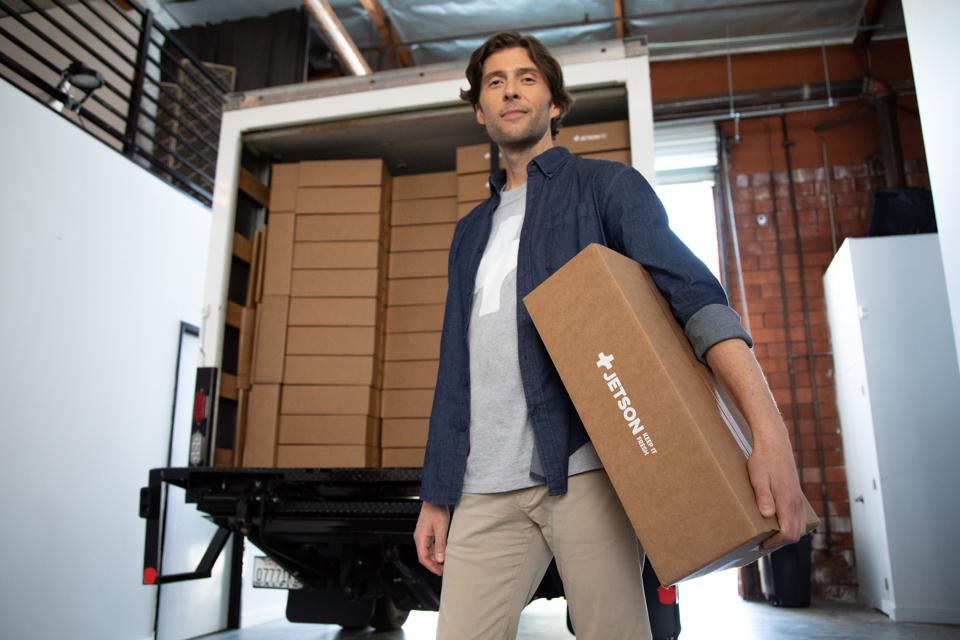 His own diagnosis with MS, an autoimmune disorder, inspired Weitz's interest in probiotics.

When Weitz first was diagnosed with MS 14 years ago, he spent thousands of hours and dollars figuring out how to get healthy. He also recognized his absolute privilege as he embarked on that journey. After 20 years working in tech and e-commerce, he had a well-developed network and resources most people don’t have access to. He felt incredibly thankful to his doctor, Mark Hyman, who shifted his thinking to fixing the root cause of his illness rather than simply addressing the symptoms, as well as to mentors at Microsoft who had challenged him to think clearly, and to his parents for teaching him humility and kindness.

At the same time, Weitz became increasingly saddened by the state of America’s collective physical health. “Whether it be obesity, diabetes, or hypertension, no one can argue America is going in the wrong direction,” he says. “And while the wellness trend is exploding, most recommendations are expensive, inaccessible and unrealistic for everyday people.” Weitz saw an opportunity to simplify health by focusing on the basics: water, sleep, movement, greens, and a healthy gut. He started Jetson to focus on gut health first, as currently there are over 450 brands of probiotics on the market. 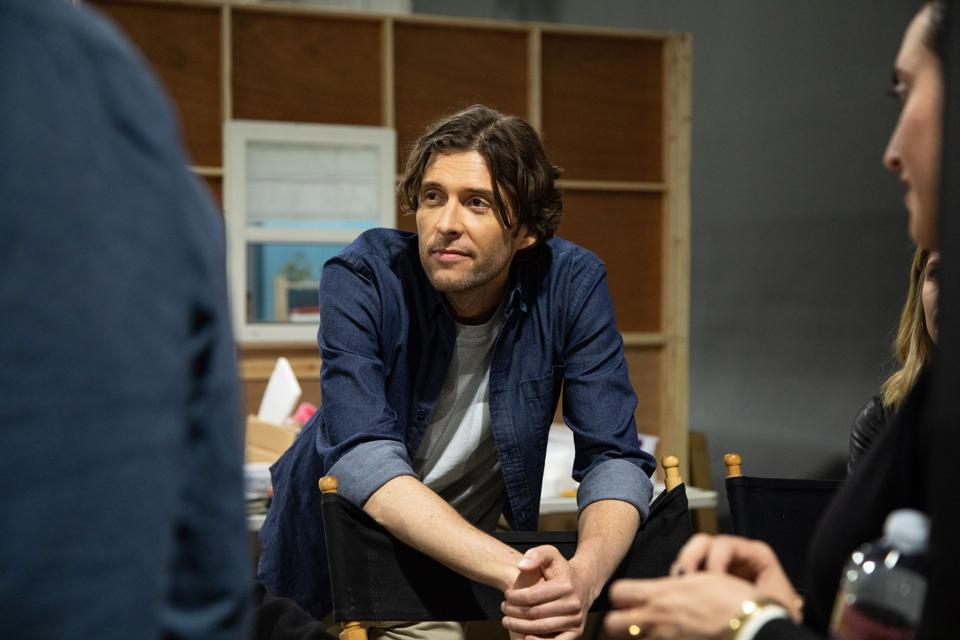 Weitz is passionate about helping Americans get healthier.

“There are easier ways to make a living,” says Weitz, whose greatest challenge with Jetson is going up against the massive consumer companies that he feels are “actively trying to kill people. They spend billions to con Americans. Here’s a pro-tip: If a company spends more on their Super Bowl ad than on R&D, you shouldn’t buy their products. These companies think nothing of selling diabetes-causing, cancer-inducing, obesity-creating foods and seek absolution by blaming the American consumer for ‘wanting it’,” he exclaims.

But he remains firmly committed to Jetson because he believes so strongly in the cause. He feels recharged when he hears from people who say that after just one month on Jetson probiotics, their health already has improved. “I want to create systemic change,” Weitz says. “I find far more meaning in helping some woman I’ve never met live a life that is pain-free than buying a spendy watch. To be honest, I’ve found a little sacrifice feels so much better than indulgence.”

So, how can other people tap into their life purpose? “I don’t know if I have anything profound to offer, but realize this,” Weitz says. “You may not ever be the richest, the most handsome, the smartest, the best-dressed, the funniest, the most well-read, or even the best parent ever. But by being open to exploring and growing, and maintaining what my partner calls ‘childlike wonder’ about the world, you’ll make friends and connections by being who you are. And they’ll help you. And with their help, you can change the world.”

How do you feel about this post?
Happy (0)
Love (0)
Surprised (0)
Sad (0)
Angry (0)
Pharmacy Benefit Managers and Their Role in Drug S...
Biogen Strengthens MS & SMA Portfolio as Competiti...